Also, a burning victim would probably not have a fine, undamaged suit, either. If you want Slenderman to have a human origin, you could make him a human coil, possessed by something non-human. I'd appreciate it if you guys could help me figure out what the two missing entries should be.

Please and thank you!

Emtry 5. Also, I'd really like to see a level set in the Ark. Maybe it's connected to The Path of Black Leaves?

Creepy Things On The Internet

Interesting concept. Do you mind illustrating a mental picture of what the Ark might look like? I was thinking an abandoned sanctuary or a bunker deep within the woods that is highly secured by The Operator. I'm inquisitive to see what you can come up with. My interpretation of the Ark would be a twisted version of Rosswood Park.

In the sky there would be a solar eclipse that gives off a faint light. The grass would be dark gray and the trees would have no leaves. On the branches of the scary tree would be the stretched, decaying corpses of the criminals that Alex spoke of in his story I like the idea, just not as an origin for TO.

The landmark structures would look burnt on the outside, but on the inside the walls and the floor are covered in Operator pages and blood stains. And according to Always Watching, TO has the ability to reanimate corpses.

So if a living victim found their way to the Ark, TO would send a bunch of these corpses or as I like to call them "Arkers" to kill them. I still think the Ark is something that should be expanded on. 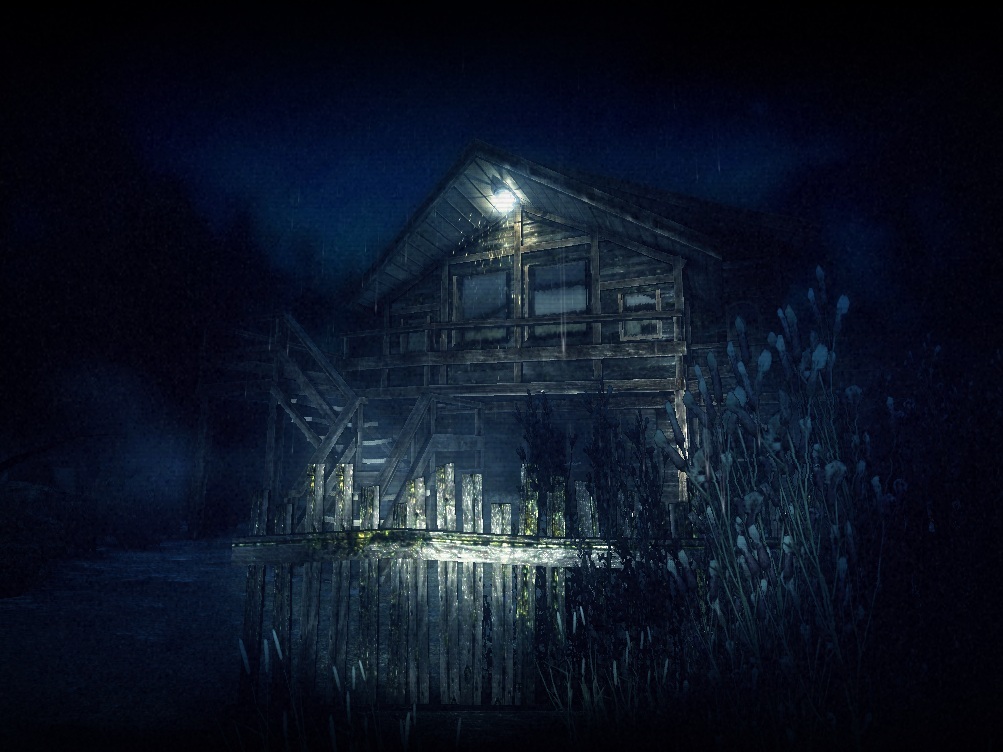 And besides, the game could be non-canon. But why would all the runners look for something that's essentially just Slendermans corpse-storage? Finding this place was worth all the stuff we went through! Any sane human being would want to stay as far away from that place as possible. And that's exactly why it should be a level.

It's a place where victims would be the most isolated; a parrallel alien world filled with corpses of The Operator's previous victims and knowing that they may be joining them soon. And from what I've seen, the only way that runners have ever gotten to the Ark is when The Operator teleports them there, so I don't think it's accessible to runners without The Operator allowing them to. As for totheark's intentions, I think they either wanted to gather evidence of Alex's murders like Night Mind theorises, or they view it as being able to protect them from The Operator, which would explain why they call it the Ark, not realising that it's actually where The Operator takes it's victims.

The thing that acts in the outside world is just like a puppet. Like our life is a big online-game and Slenderman is the avatar of a being that resides in the Ark. The Ark is not the thing that can kill Slendy, it's the place where one has to go in order to kill him. Because it's where his actual body resides.

But then, I made this theory up during a phase in which I thought I suffered from the obsession and talked myself into believing I had a split personality, so this theory might just be a product of my past insanity or something. Ah, good old times, my first contributions to this Wiki. Back then, we all played Proxy and the forums were full of fun and insane people. But after my very voluntary half-year break from the Wiki, which was totally not because I did something dumb and got my butt banned, activity had decreased and the clinically insane part of the fanbase had ruined the whole "I iz a proxy"-gimmick for the other people.

And while Morgan failed to kill her best friend, the damage she did to the Slenderman-fandom was quite fatal and I'm not sure wether it may ever recover. After that, we couldn't look over the faux-proxies any longer and that drove people away, too, I suppose. In the end, the people that remained were the sane and persistent. And everyone who knows fandoms is aware that people like that are not exactly a majority.

Yeah, I remember my 'Obsession' days.

Endlessly watching game footage, feeling as though I'm being watched, sleeping in my parents' bedroom I kinda wish I'd gotten over it sooner before 'that' incident. But, that's why I'm so hyped for this game. I want to bring some more life back to this Fandom, at least from the gaming perspective, so I'm gonna give SlenderDev and any new comers to this wiki as much support as I can.


Yes, I too remember my good old obsession days. God, was I a stupid little fucktart back then XD. Holy shit, I actually completely forgot about this project. I know I change my mind a lot, but, should it continue or should we pull the plug? Dev, please try to focus and make good game. If afterwards, you want to create more, you can still do that. But pilling up different projects won't do any good. I'm only asking because the development process is almost done.

Afterwards, until October, it's just gonna be patching bugs and adding new stuff. I'm not your boss. If I was your boss, I'd have to pay you. Also, and please don't get this wrong, I would probably have fired you about a month ago. Unfortunately, development on all of my future projects have been halted until further notice. The reason why is to finish my current project, The Chaser. Hello everyone. And I just want to say. I don't like Slenderman having a burnt face, I like to see his face completely featureless or with very very slight features, that are barely noticeable. Like in the Slender the eight pages.

Also, the dimension of the Ark, seems like an excellent idea, however I prefer if there aren't corpses there. It should be an abstract place. I think Slenderman is a very psychic creature, who doesn't mutilate or kill, he brings people to other dimensions, which are completely absurd and surreal. If you want to make a game true to the Slenderman, you must make it so that it's open to interpretation, and leaves room for people's imagination.

I guess I prefer the Operator version. I never thought of the whole ripping your organs out and putting them in plastic bags as a canon thing, do you have any proof?

The original creator never mentioned anything like that, and Marble Hornets didn't either. I feel like ripping out organs and putting them in bags is so conventional It destroys the magic of Slenderman, which is the complete mystery. If it was canon that this is what he did, I'd never like him because he becomes too predictable and boring.